Nowshad Islam (Born: 11 October 2003) is an android app/web Developer, YouTuber, Gamer, Singer, Learner. He was born and brought up in a middle-class ISLAM family from Dinajpur in Bangladesh. He is also known as RandoM Nowshad or RN SHAD 10.

Nowshad is not much famous but many people loves him because at the age of 14 he started learning android app development with his android mobile phone (Model: Symphony v120) and developed a browser application with that mobile and earned $1 US dollar from his developed browser app.

Developing an android app is not easy with low quality smartphone. He was born on 11 October 2003 and his age is 18 (Eighteen) years as of 2022.

He completed his tenth class studies in Science at Kazi Para High School which is near to his home. But he has chosen Arts in Eleventh and Twelfth class. Currently He is studying at Birol Government Collage which is also near to his home.

He chose this college because he want to complete his college life from his home. Also there are few more reasons to studying this college, which we’re not going to discuss.

Since his school life he took interest in android app development because he was inspired by Facebook app. The app developer got a laptop at the age of 16 from his elder brother Nasim and his sister Mousumi Mou.

Then he started learning JAVA programming language for developing android apps. As far he knew the official IDE (Android Studio) is best for writing JAVA codes which is suggested by Google. He was learning android development and he was trying to develop a social android app like Facebook or Instagram.

He developed a social android app using JAVA and that app has lot of features like FB or INSTA and he named the app name as TextFly which can be used by your smartphone.

Which made him proud. He started learning android development from 2018-2022 (Situation: Still Learning ) 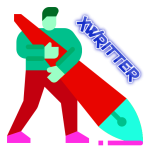 You may have missed

How to use rnm android app – register an account